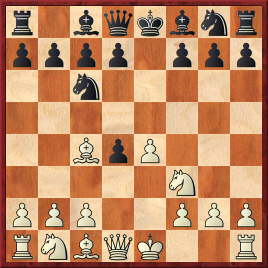 The Scotch Gambit is another off-shoot of the Scotch Game.  Instead of recapturing the pawn on d4 immediately, or offering a gambit immediately with 4.c3, White develops the f1-bishop to c4, eyeing f7, and keeps Black guessing as to whether c2-c3 or Nf3xd4 will follow.  If Black plays inaccurately then White can often get into favourable lines of the Göring Gambit (4.c3) following a subsequent c2-c3.

The Scotch Gambit was used in the famous London vs Edinburgh game and was sometimes used by Paul Morphy.

Minor responses from Black generally allow White a free choice between recapturing on d4, or playing c2-c3 with the aim of getting into favourable lines of the Göring Gambit.  However, note that after 4...g6, White should play 5.c3 because I don't think White gets any advantage after 5.Nxd4, while after 4...Be7 and 4...d6, 5.Nxd4 leads into Hungarian Defence lines, while the gambit approaches with 5.c3 are playable but less likely to give a theoretical advantage.

The main alternative is to try the move-order 1.e4 e5 2.d4 exd4 3.Nf3 Nc6 4.Bc4.  Here Black has no particularly challenging alternatives at move 2, but 3...Bb4+ may be a problem for some players (best play following 3...Bb4+ is probably 4.c3 dxc3 5.Nxc3 Nc6, transposing into one of the critical main lines of the Göring Gambit).  3...Nf6 also prevents White from getting into a Scotch Gambit, but then 4.Bc4, transposing into the Urusov Gambit, is very much in the spirit of a Scotch Gambit-based repertoire.


Another source is Chess Openings for White: Explained, but I hesitate to recommend this book after seeing a few reviews that queried the objectivity of the coverage, most notably by John Watson.