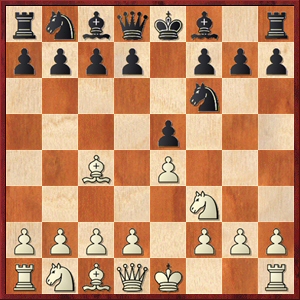 It may look crazy at first sight, but White's idea is that after 3...Nxe4 4.Nc3 Nxc3 5.dxc3, Black's only way to hold onto the extra pawn is to play 5...f6, weakening the black kingside (5...c6 intending 6.Nxe5 d5 might equalise with accurate play, but is certainly no attempt to refute the gambit.)

From White's perspective I recommend the immediate 6.Nh4 here, threatening Qh5+ and preparing to meet ...g7-g6 with f2-f4-f5.  It may not objectively be any better than 6.0-0, but it gives White more dangerous attacking chances on the kingside after 6...g6 7.f4 Qe7 8.f5 Qg7 9.fxg6, and in practice Black often goes wrong, as it is very difficult to extinguish White's initiative.  Even here, though, if Black continues 9...hxg6 and meets 10.Qg4 with the accurate 10...Kd8, then Black is doing well both theoretically and in practice.

After 6.0-0, Black gets an extra move to prepare against White's kingside attack, and after a line such as 6...Nc6 7.Nh4 g6 8.f4 Qe7 (also good is 8...f5, as pointed out in Tim Harding's article on the gambit), White has to deal with the threat of ...Qc5+, and after, say, 9.Kh1 d6 10.f4 Qg7, 11.fxg6?! no longer works because Black gets too much pressure down the h-file against White's king.  White can still get some hacking chances thanks to the active piece play, and if Black castles queenside White can start a queenside attack by launching the a and b-pawns forward, but theoretically it should not provide enough compensation for a pawn, and in practice these positions score well for Black.

Readers can also compare my coverage with Tim Harding's article on the gambit, which reaches similar conclusions.