After 1.e4 d5 2.exd5 Nf6 3.d4, Black has traditionally recaptured on d5 with the knight, although 3...Qxd5 is also playable and can lead to combative positions with the kings castled on opposite wings.  However, in the Portuguese/Jadoul Gambit, Black instead plays 3...Bg4. 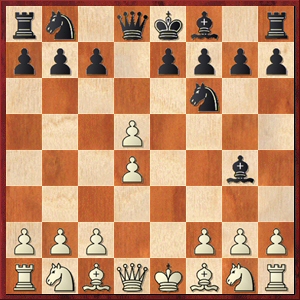 According to Stefan Bücker, this line was first introduced into master play by Carl Göring, the man who also introduced the Göring Gambit (1.e4 e5 2.Nf3 Nc6 3.d4 exd4 4.c3) into master play.  It is less sound than 3.c4 e6, but often leads to similar play and is easily underestimated.   Black will generally meet c2-c4 with ...e7-e6, aiming to blast open lines and then attack White down the central files, while if White plays Bb5+ early on, then Black also has the option of ...a7-a6, aiming to kick the white bishop back and expand on the queenside.

If White decides to decline the gambit, Black can generally get a combative game, albeit with a slight theoretical disadvantage, by recapturing on d5 with the queen, intending rapid queenside castling and kingside counterplay.  The main exception is the annoying line 4.Bb5+ Nbd7 5.Be2, which leaves Black's queen's path to the d5-square obscured, and so Black must recapture on d5 with the f6-knight, which makes the more double-edged plans involving queenside castling somewhat less appealing.