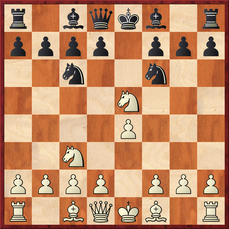 For some light entertainment I look at an unsound but tricky gambit in the Four Knights Variation: 1.e4 e5 2.Nf3 Nc6 3.Nc3 Nf6 4.Nxe5?!  It is also known as the Müller-Schulze Gambit.

At first glance this gambit looks completely crazy: a piece for just one pawn and no immediate breakthrough to the black king?  Despite this, if Black plays to hold onto the extra piece, White does get some compensation, as after 4...Nxe5 5.d4 White can generate a strong pawn centre, kicking the black knights back to sub-optimal squares.  Ideally White wants to play d4, e5, d5 and d6, establishing a strong white pawn on d6, as in many lines the strong white pawn on d6 can be worth a piece on its own.

Probably the biggest drawback of this gambit is that by making all of these pawn moves early in the game, White neglects piece development, and so Black has various ways to return the piece and reach at least an equal game.  With accurate play Black can alternatively hold onto the piece and deny White adequate compensation.  White is also only scoring 47% with it in the Chesslive.de database, so I cannot recommend it for serious games, but in casual games and at blitz White can get some nice attacking wins with it.
One quote from Tim Krabbe's article on the gambit is, to my mind, very appropriate:

At the core, it is probably unsound (both Jakob and Wind think so), but the discovery that even something like this is playable at a fairly high level enriches chess.

The article cites Mauritz Wind's comments comparing the Halloween Gambit to the Cochrane Gambit against the Petroff (1.e4 e5 2.Nf3 Nf6 3.Nxe5 d6 4.Nxf7), but while there are some similarities (notably the theme of White having two or three imposing central pawns against Black's extra knight), I think the Cochrane is somewhat closer to being fully sound.  Another major difference is that in the Cochrane Gambit it is far more difficult for Black to engineer a good way of returning the extra piece.

4...Nxe5 5.d4 is then the only decent continuation for both sides 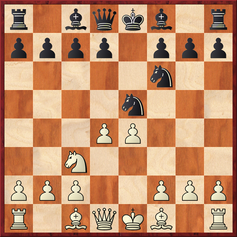 Here I will take a look at some of the key lines.  I start with the position after 4...Nxe5 5.d4, as the alternatives for both sides are decidedly inferior.

Refusing the piece sacrifice is no good for Black: 4...Nxe4 is the only other way to avoid going a pawn down for nothing, envisaging 5.Nxe4 Nxe5, but then White can get a good game by attacking f7 at once with 5.Qh5.

Then after 4...Nxe5, White doesn't have a good alternative to 5.d4, for example, 5.f4? Nc6 6.e5 Ng8 and White is not ready to play d4-d5 as the white d-pawn is still on d2, so Black is ready to play the freeing 7...d5.  Other moves leave White a piece down for nothing.  Indeed, in the Chesslive.de database White has been scoring 0% with all of the alternatives to 5.d4. 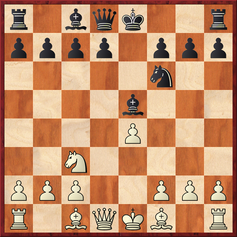 I give 5...Bd6 the "?!" mark because Black has better ways to return the piece than this.  7.Bd3, overprotecting e4, and 7.Nd5, are good replies.  In the aforementioned Szidon-Pascay game White tried 7.Qd3, envisaging queenside castling to mix things up, but then 7...0-0 would have renewed the threat of ...Bxc3+, as if Qxc3 Black could then safely play ...Nxe4 with the king having moved off the e-file, while b2xc3 would make it inadvisable for White to castle queenside due to the compromised white queenside pawn structure and the weak dark squares on the queenside. 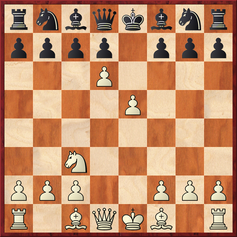 5...Nc6 is probably sub-optimal because then 6.d5 hits Black's knight, although with precise play Black can still get some advantage with this move.  Note that the move order is important: 6.e5? is no good for White because after 6...Ng8, White cannot play 7.d5 because Black gets out with 7...Nxe5, winning a vital centre pawn, and so White's central push fizzles out.

Then the knight retreat to its starting square 6...Nb8?! is not so good, because White now plays 7.e5, and if Black continues with the "automatic" 7...Ng8?, then 8.d6 follows (diagram).  This is the kind of outcome that White is hoping for in this gambit.  White has established what Tim Krabbe described as the "Terrible Pawn on d6" and Black doesn't have any pieces out.  Even objectively speaking, this position is close to winning for White.  Black most often continues 8...cxd6 9.cxd6 Qf6, threatening to take on d6, but then 10.Nb5 ​defends d6 and threatens Nc7+ and Nxa8.  ​Klepacka-Jacek, Chotwa 2009 was a not untypical example of how Black tends to collapse quickly in this line.

​Black's best way to continue after 7.e5 is probably to flick in 7...Qe7 8.Qe2 first, and to then play 8...Ng8, preventing White from playing 9.d6 at once, but White retains strong attacking chances with 9.Nb5 attacking c7 and increasing the threat of d5-d6. 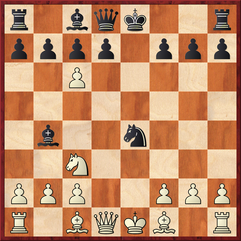 Here I will look at two alternatives for Black: 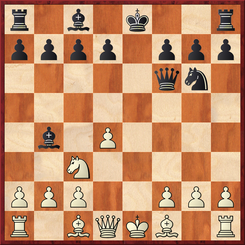 5...Ng6 is the most secure spot for the knight, where it isn't immediately hit by d4-d5, and so White has less chances of getting the "Terrible Pawn on d6" in this line.  Black is threatening to strike out in the centre with 6...d5, so White should continue to force matters with 6.e5, hitting the knight on f6.

Now the most theoretically critical option is to hold onto the extra piece with 6...Ng8, which I examine next, but in the high level games with this line, Black has often preferred to return the piece with 6...Bb4?!, perhaps reflecting the cautiousness of most modern high-level players, preferring to eke out a small advantage in a position with level material rather than try to win with the extra piece but risk coming under attack.  As Black is threatening ...Nf6-e4, White has no good alternative to 7.exf6 Qxf6 (diagram).

​Black has a slight lead in development here, but I doubt that White is any worse after Stockfish​'s recommendation 8.Qe2+, with the idea of Bd2 and 0-0-0.  White should not fear 8...Ne7 9.Bd2 Qxd4?!, for after 10.0-0-0 White gets more than enough for the pawn.  If Black puts the queen in the way, encouraging a queen exchange, then Black ends up moving the queen twice in the opening and loses the lead in development.  White can also consider pushing the h-pawn, with the idea of giving the knight on g6 a kick, and encouraging the potentially weakening ...h7-h5.

In most of the games that I can find with this line, White has continued with 8.Bc4, which optically looks better, developing a piece and preparing castling, but Black can combat this with ...c6 and ...d5, hitting out at the bishop and establishing a strong centre, whereupon Black is probably a bit better.  Thus, Black has a plus score in this 6...Bb4 line.  But after 8.Qe2+ if anything I would rather be White, and hence my giving 6...Bb4 the "?!" mark. 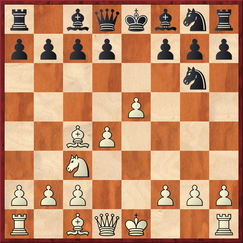 This is the main line of the Halloween Gambit, as it is probably Black's best way of trying to win with the extra piece.  After 5...Ng6 6.e5 Ng8 White most often continues with 7.Bc4 (diagram), preparing kingside castling and discouraging ...d7-d5.

So after 7.Bc4 Black has four main options:

A.  7...d5, as recommended by Max Euwe, was also the choice of Eric Schiller and John Watson in their Taming Wild Chess Openings.  Black gives back a pawn in order to free the position.  The main line goes 8.Bxd5 c6 9.Bb3 Bb4 10.0-0 (Schiller and Watson gave 10.Qf3, as in Winiarski-Bellahcene, Prague 2012, but then, as they point out, 10...Be6 is a strong reply) 10...Bxc3 11.bxc3 N8e7 12.f4, and now Black is in some danger of being crushed in the centre, but has been doing well by going on the attack with 12...h5.  With Black's knights looking to go to strong posts at f5 and h4, White's king can end up in as much danger as Black's.  However, Black has to play accurately to keep an advantage, and in the game Stevenson-Ferguson, Bunratty Masters 2001, White could have got enough compensation for the piece.  Perhaps 9...Be6 (also suggested by Schiller and Watson), preparing ...Qd7 and ...0-0-0 and offering a trade of light squared bishops, is a more secure route to advantage for Black, and I give a couple of examples of this in the notes to Stevenson-Ferguson.

C.  7...Bb4 intends to exchange off the knight on c3, whereupon 8.Qf3 threatens mate on f7.  White has been scoring roughly 50% in this line, but in low level games, and 8...Bxc3+ 9.bxc3 Qe7 looks like a reasonably secure reply, with White's strong centre again offering only partial compensation for the piece.

D.  Another popular defence is 7...d6 8.Qf3 Qd7, but then the queen blocks in the bishop on c8, making Black's castling more problematic, and I think after 9.0-0 White has pretty reasonable attacking chances, even if objectively they are not quite enough.  White has again been scoring roughly 50%, and this time in some fairly high level games (>2000 Elo standard).

It's one of those openings that may give some players a lot of fun in blitz and casual games but is likely to come up short in serious games.