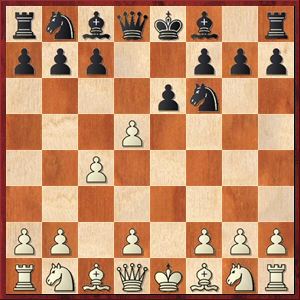 3.c4 is often used as a transpositional device rather than as a way of trying to hold onto the d5-pawn, since after 3...c6, 4.dxc6?! Nxc6 gives Black excellent compensation for the pawn, keeping White's d2-pawn backward by taking control of the d4-square, and Black also gets very strong piece play.  The problem with 3...c6 is 4.d4 which transposes to the Panov Attack of the Caro-Kann Defence (1.e4 c6 2.d4 d5 3.exd5 cxd5 4.c4) which gives White some chances of a small edge, typically in positions with an isolated pawn on d4 but compensatory attacking chances.

But with 3...e6, Black denies White that transposition.   The line with 3...e6 is mostly known as the Icelandic Gambit, and hence I have titled this page accordingly, although there is a strong case for naming it the Palme Gambit after Rudolf Palme (1910-2005), who was the first to introduce the gambit into master play, as pointed out by Stefan Bücker in Kaissiber 32.  White can still decline the gambit by transposing to a line of the French Defence, Exchange Variation with 4.d4, but that line is generally considered to be equal with best play.  Thus theoretically critical is 4.dxe6 Bxe6.  White then generally chooses between 5.d4 and 5.Nf3 intending 6.d4, to prevent Black from making White's d2-pawn backward, and 5.Nf3 is the more critical of the two options.