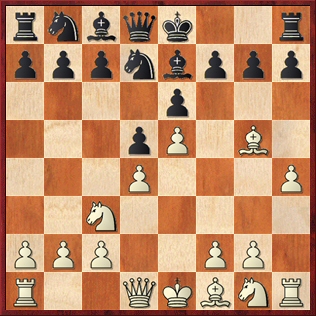 Unlike many other gambits covered at this site, the Alekhine-Chatard Attack is quite often seen at grandmaster level and is widely considered fully sound.  The gambit was used to good effect by Alexander Alekhine in the early 20th century, most notably against Fahrni, Mannheim 1914, when Black accepted the gambit and succumbed to a strong attack.

The idea is that if Black wins the g5-pawn, then it will open the h-file for White's rook at h1, and bring the black queen out to g5 (i.e. 6...Bxg5 7.hxg5 Qxg5), where it will prove vulnerable to attack from the white pieces.  Black often refrains from taking twice on g5, but in those situations White generally continues to pursue the enemy king.  The h-pawn can be advanced further, particularly if Black opts to castle to the kingside, and sometimes the g and f-pawns come forward in support.  Thus, combative, knife-edge chess often results regardless of whether the gambit is accepted or declined.

Black can win White's h-pawn with 6...Bxg5 7.hxg5 Qxg5, but this brings Black's queen out into the open and opens up the h-file for White's rook.  Black can probably equalise the chances with accurate play, but even here, that is not totally clear, since White has a few good ways to set about generating compensation for the pawn.

.  The original approach was 8.Nh3 attacking the black queen, followed by 9.Nf4, envisaging sacrifices on d5, as famously played by Alekhine against Fahrni, Mannheim 1914.  However, I don't trust it, because Black appears to have a solid response with ...g6, ...Nd7-b6, ...Bd7 and ...0-0-0, where I am not convinced that White has enough for the pawn.  Even the main lines with White getting in the Nxd5 sacrifice can often lead to level endgames (though at club level both sides may go wrong, of course).