Of the lesser ways of declining, 3...e5 is worth a mention, as this is quite reasonable for Black if Black does not take on c3 afterwards.  After 4.Nf3 Nc6 5.Bc4 (5.cxd4 exd4 6.Nxd4 Nf6 leads to equality) 5...Nf6 6.Ng5 d5 7.exd5 Nxd5, play is reminiscent of the Two Knights Defence, and Black can probably keep the chances level, especially as White's knight sacrifices on f7 don't work out very well.
One of the most popular recommendations for Black is 3...d3, but I cannot recommend this from Black's point of view.  White gets a good version of the Maroczy Bind following 4.Bxd3 and 5.c4, taking control of the important b5 and d5-squares and thus restricting Black's counterplay.  White will then aim to gradually squeeze Black off the board.  The following position highlights the typical formation that White is aiming for: 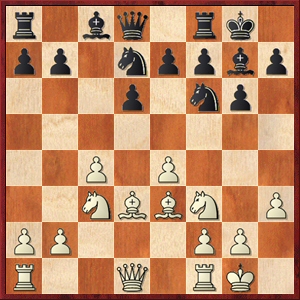 The 3...d5 variation, sometimes used by club players by analogy with the well-known equalizing response to the Danish and Göring Gambits that arise from 1.e4 e5, is typically underestimated in most sources and, in my opinion, is more of a test for White than 3...d3.  Because Black has played ...c5 rather than ...e5, following 4.exd5 Qxd5 5.cxd4 White is well-placed to gain time on the black queen with Nb1-c3 without being met with an immediate ...Bf8-b4 pin, and can steer towards favourable "isolated queen's pawn" positions, but Black has plenty of resources and with best play White probably gets just a small edge.
Note that the 3...d5 variation can arise via transposition from the Caro-Kann Defence (1.e4 c6 2.c4 d5 3.cxd5 cxd5 4,exd5 Qxd5 5.d4, and 1.e4 c6 2.d4 d5 3.exd5 cxd5 4.c4 Nc6 5.cxd5 Qxd5).  As Mark Nieuweboer has pointed out to me, some lines can even arise from the Queen's Gambit as well, if Black meets Nb1-c3 with ...Qd5-d8.
Of greatest importance against the Morra, though, out of the declining variations, is 3...Nf6 which counterattacks against e4 and tends to transpose, following 4.e5 Nd5, directly into the line 1.e4 c5 2.c3 Nf6 3.e5 Nd5 4.d4 cxd4, since if White plays 4.Bd3?! then the bishop is misplaced following 4...dxc3.  White can continue to offer a gambit for another couple of moves with 5.Nf3 followed by 6.Bc4, which gives White good compensation for the pawn if accepted, but Black can simply continue developing with ...Nc6, ...d6 (challenging the e5-pawn), ...Be7 and ...0-0, leaving White with no good alternative to 7.cxd4.  White can hope to generate attacking chances on the kingside due to the kingside space provided by the strong-point on e5, but I think that with accurate play Black should be able to equalise.