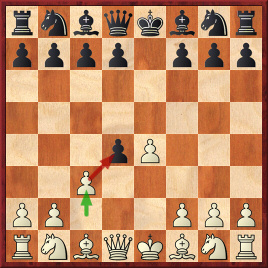 The idea is the same as in the Göring Gambit- White threatens to establish a strong pawn centre with pawns on d4 and e4, controlling the key squares c5, d5, e5 and f5.  White also offers a sacrifice of the d-pawn by challenging the d4-pawn with c2-c3.

If Black declines the gambit, White will often end up with an isolated pawn on d4 but will aim to compensate by activating the pieces into the early middlegame.  If Black accepts the gambit, White will generally aim to put pressure on f7 with Bc4, Qb3 and/or Ng5, and Nc3-d5 is also a common motif.  If Black plays ...Nf6 too early then the knight is a target for an e4-e5 push from White.

In lines with ...Nc6, White has to be careful of the ...Na5 fork, which can force the exchange of White's c4-bishop for the black knight on c6.  However, if Black refrains from playing an early ...Nc6, then there is greater scope for Black to get in ...d7-d5.
Books
Karsten Müller & Martin Voigt, Danish Dynamite, Russel Enterprises 2003.  (Note that this book, while giving an impressively thorough coverage of most lines, does not cover lines with 3.c3 dxc3 4.Bc4 in which Black doesn't take the second pawn on b2).
Nigel Davies, Gambiteer I, Everyman, 2007.  Focuses on meeting 3...dxc3 with 4.Nxc3.
Boris Alterman, The Alterman Gambit Guide: White Gambits, Quality Chess  has a chapter on the Danish Gambit.