Black declines the gambit with 4...d5 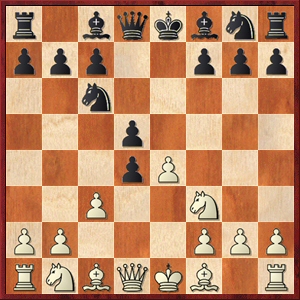 With 4...d5, Black declines the gambit pawn, instead focusing on the mobilisation of the black pieces.  In most variations, White ends up with an isolated pawn on d4, but aims to compensate by generating considerable piece activity into the middlegame, and while Black initially gets a lead in development, Black has to be quite careful, as White's forces can spring into life very quickly.

Black threatens to take twice on c3 and force White to give up castling rights, and to avoid this, White ends up having to exchange queens into an equal endgame, via 10.Qb3 or 10.Bxc6+ bxc6 11.Qe2+.  These sort of endings are unattractive for most fans of this type of gambit.  Therefore, I recommend that White avoids this line.

One reliable counter is Mark Nieuweboer's suggestion of 7.Nc3 Bb4 8.Be3 (I don't, however, trust Martin Voigt's 8.a3) which typically leads to "isolated queen's pawn" positions.  White should be aware of Black's deviation 7...Bxf3, which leads to a sharp ending with equal chances for both sides, and theoretically White is doing fine, although in practice White has tended to play sub-optimally and has got into difficulties, so it is worth getting a feel for the key ideas for White.

The coverage/games are divided as follows: